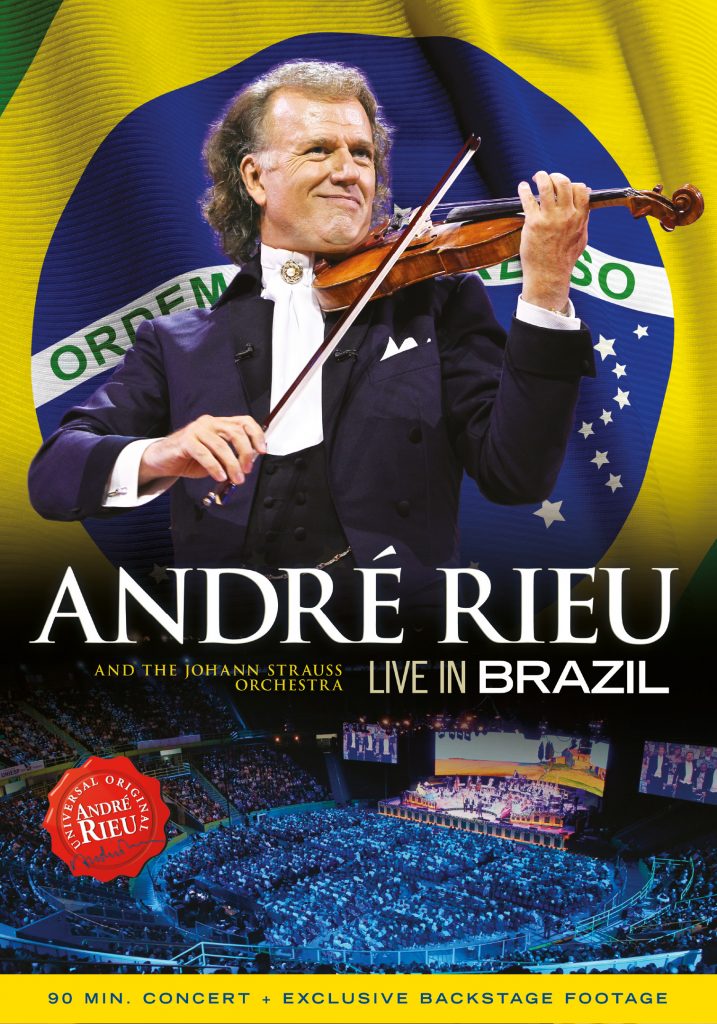 Everyone knows the Samba is the National Dance of Brazil – but that changed in 2012 when André Rieu played his first ever concert series in Brazil’s hustling and bustling commercial capital of Sao Paulo.

“it’s a record. A sold-out concert thirty times in one city. We are really proud of that. So many memories of people waltzing, the laughter, the tears of the Brazilians. We will never forget all that.”

And it’s one of Andre many talents that he always finds the right mix between classics and hidden gems of his genre like “Nessun Dorma”, his signature tune “The Beautiful Blue Danube” or “Ballad For Adeline” while tapping into the rich tradition of local repertoire. For “Live In Brazil” that ranges from “Manha de Carnaval” to the 2012 global smash “Ai Seu Te Pego” keeping the audience off their seats and dancing in the aisles for long stretches of the 90 minutes of the show.