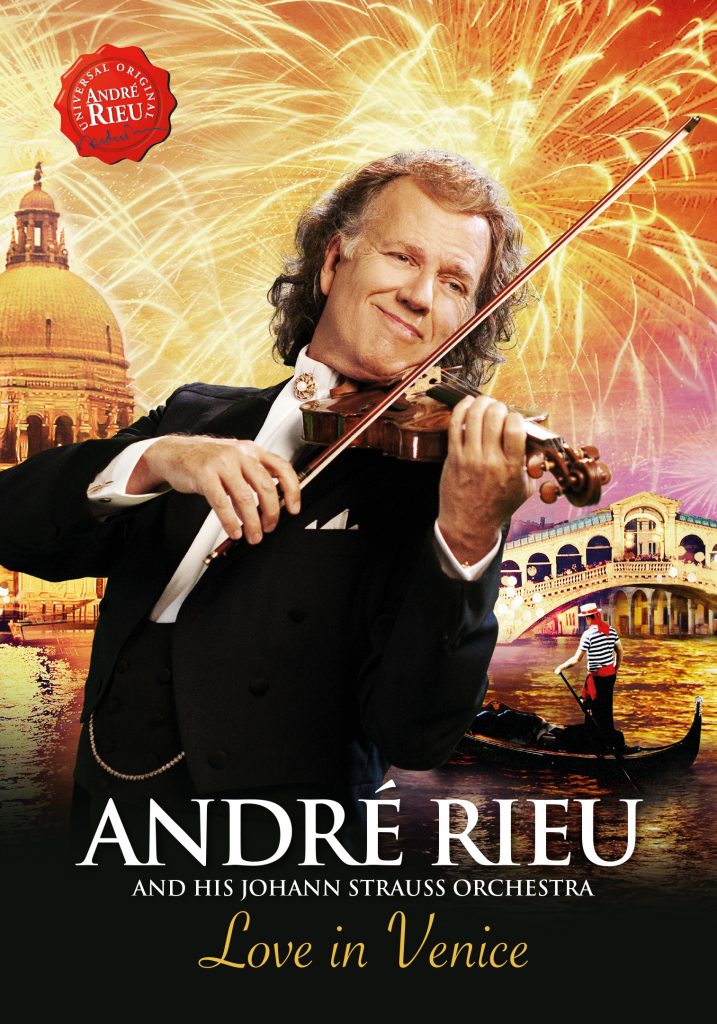 The Vrijthof concerts have been going for ten years! This anniversary was all the excuse André Rieu needed to make things extra festive and put on a fantastic, unforgettable anniversary concert.

For this tenth concert series he had the Vrijthof square specially decorated in Venetian style, complete with a Doge’s Palace, Rialto Bridge, a fabulous Italian fountain and a colourful Venetian masquerade.

It was a party from the start, with André and the entire Johann Strauss Orchestra riding into the Vrijthof on Vespas, in a colourful procession accompanied by the sounds of the Italian hit Azzurro, loud hooting and heart-warming applause from the whole audience.

LOVE IN VENICE is an evening full of wonderful Italian music, world hits like Funiculi funicula, Tiritomba and Vieni sul mar and fabulous operatic arias. For the occasion of this anniversary, the Italian singer Rocco Granata came to sing his world hit Marina.

But of course André would never forget the Viennese waltz. This time the performance of The Blue Danube was extra special, and André even came down from the stage to waltz with his oldest fan – a first in his long career!

Tens of thousands of fans from all over the world enjoyed this amazing anniversary concert on the Vrijthof. Thanks to the perfect sound and image recordings on this DVD you can enjoy it at home just as though you were there yourself.