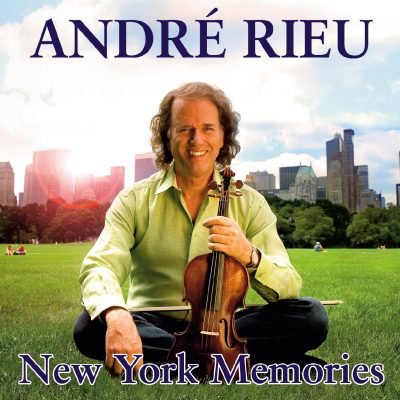 After the successful concert in Radio City Music Hall in New York, it was inevitable: the new CD from André Rieu and his orchestra is, naturally enough: ‘André Rieu, New York Memories!’
‘New York Memories’ allows André and his Johann Strauss Orchestra to be heard in a new way. It is incredible how versatile this talented violinist and his orchestra are. In New York, after all a city where people are used to quite a lot, they managed to turn the entire Radio City Music Hall on its head in a very short time with their repertoire.
The melodies André Rieu and his orchestra played there have now been brought together on this fantastic new CD: ANDRÉ RIEU, NEW YORK MEMORIES.