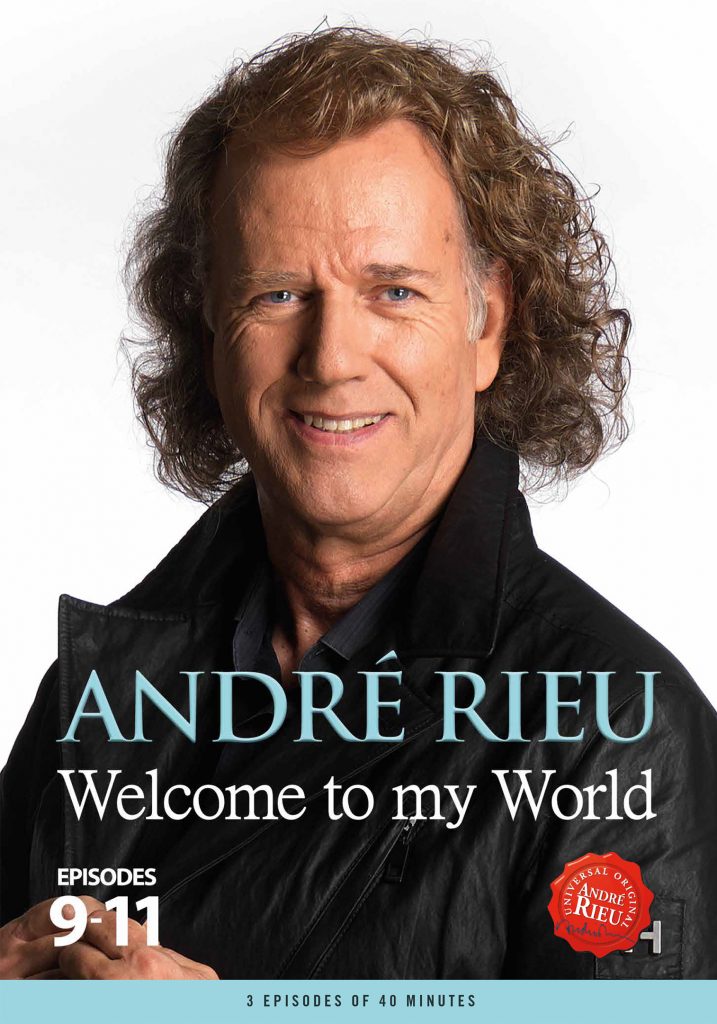 Last year André Rieu was given his new TV series, first in England, later in the Netherlands: WELCOME TO MY WORLD.

A fantastic series, which describes the ups and downs of André Rieu and his orchestra and offers the viewer a unique opportunity to follow the world famous and popular violinist all over the world.

You can see him performing in Mexico, walking through the artistic neighbourhoods of Buenos Aires, viewing the beautiful mosque and a bazaar in Istanbul, going on the photo with fans in Australia.

You see him backstage before and after his concerts, how he and his orchestra prepare for a performance, the nervous atmosphere in the changing rooms, the release of tension afterwards with a cosy meal.

The camera has recorded how André Rieu looks back on certain highlights but also on some low points in his career, you can see him as happy as a child when buying nice presents for home, but also full of emotion after a performance together with the mentally disabled.

Between all these beautiful, exciting and often emotional scenes, you again and again see highlights from performances from all over the world.

There are also unique interviews with his orchestra, with his two sons Marc and Pierre, but also with various guest artists and friends such as Sir Anthony Hopkins.