André Rieu has arrived in Bucharest to play for more than 65.000 people 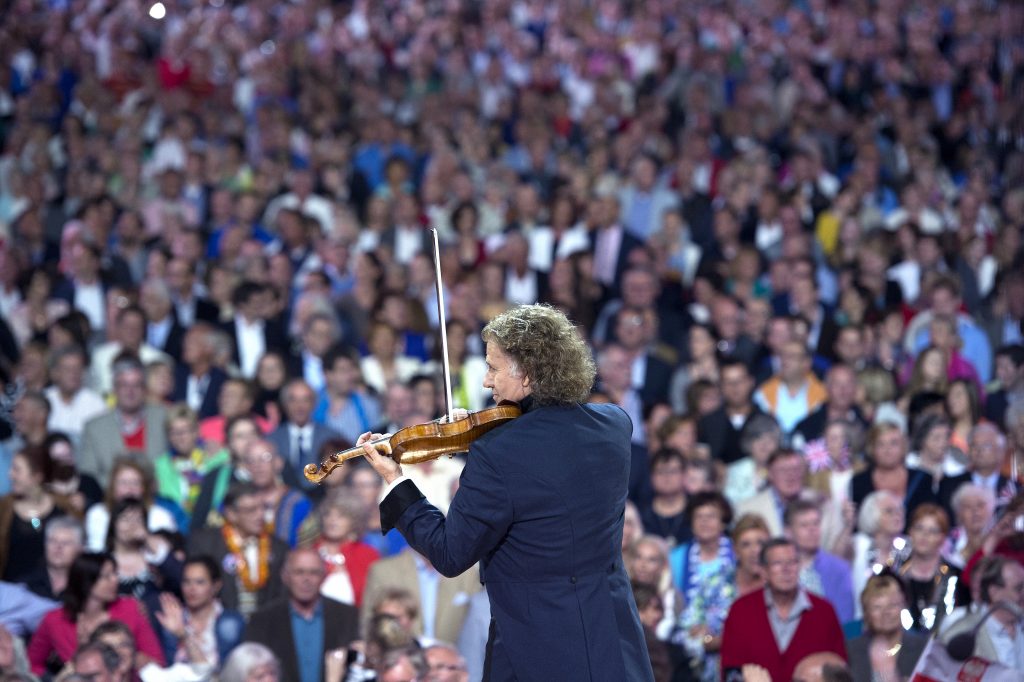 André Rieu and his Johann Strauss orchestra arrived yesterday at Bucharest Otopeni airport with a flight from Amsterdam and were greeted by numerous TV stations and fans.

André Rieu: “We planned these events for almost three years and I am so glad the concerts are happening now. I am looking so much forward to the Romanian audience.”

On 3 July André Rieu’s will return to the famous Vrijthof for his annual summer open airs in Maastricht.