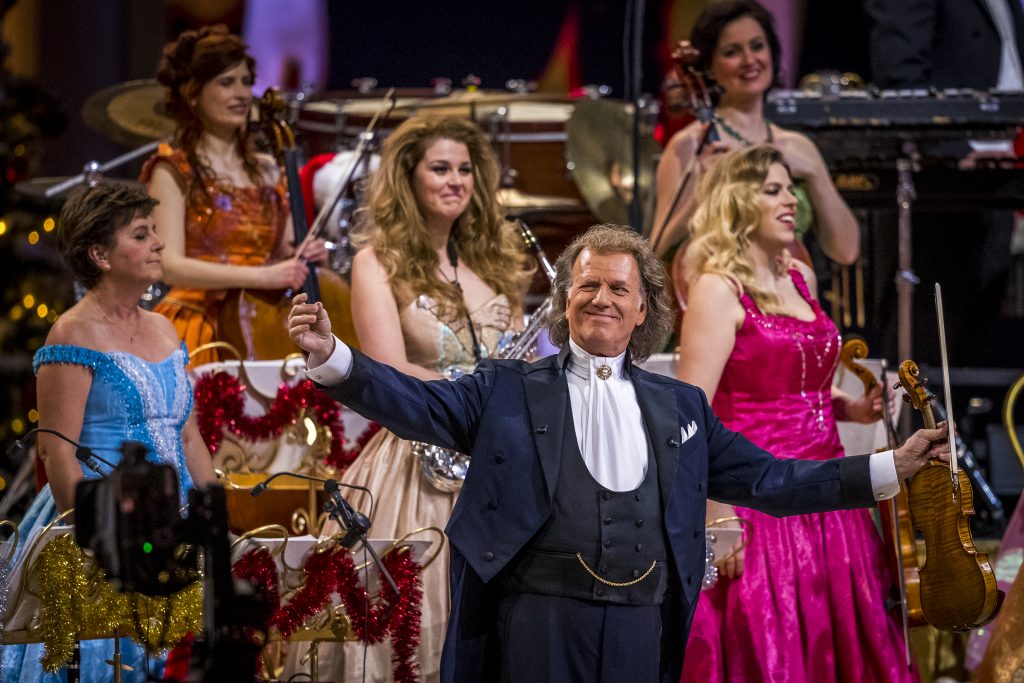 Due to the ongoing COVID-19 pandemic André Rieu’s postponed 2020 UK/Ireland tour, scheduled for 2021, has been rescheduled to 2022, kicking off in Manchester on 20 April 2022. Current ticket holders should retain their tickets as they will be automatically honored for the new dates.

André Rieu says: “My Johann Strauss Orchestra and I were looking forward so much to returning to the UK and Ireland this year! I am therefore very sad that due to the ongoing pandemic, we are forced to reschedule our tour to 2022. My top priority is that you feel safe, happy, and comfortable. My concerts are about sharing: Sharing the love, the laughter, sharing the singing. Sharing the joy of beautiful music and waltzing the night away TOGETHER – not apart. Unfortunately, none of this is possible yet.  But there’s hope! The introduction of the vaccine will mean an end to this awful pandemic. Your tickets will automatically be honored for the new dates, and when this is over, when my orchestra, chorus, soloists and I are back on stage in the UK and Ireland, I promise we will make you forget all your sorrows. We will make you forget your worries. And we will spend happy evenings filled with music, which you and I will remember forever! I thank you from my heart for your loyalty and patience, for being a member of our big “André-Rieu-Family”. Please stay healthy and see you in 2022! Much love, André”

Violin superstar André Rieu has made classical music accessible to millions around the world and has turned the waltz into an international sensation, recently extending his record as the highest-grossing classical artist in Billboard’s Boxscore history. Further, he continues to be the classical act with the highest attendance regularly outselling the world’s top pop and rock stars. Rieu has had football crowds swaying to Shostakovitch and has sold over 40 million albums. His romantic and joyful programs include a mixture of light classics, waltzes, music from film and opera as well as pop songs, performed by his Johann Strauss Orchestra, the biggest private orchestra in the world. His concerts are also a visual treat, from the sight of Rieu and his musicians entering through the crowd and up on to the stage at the beginning of the concert to the lavish costumes and the vast screen behind the orchestra displaying beautiful imagery tailor-made for each song.

André Rieu performs for over half a million people each year. His YouTube videos have reached far over one billion views and 8 million fans follow the “King of Waltz” on Facebook. His current album “Jolly Holiday” has reached top 10 positions in many countries, including the UK Pop charts. André Rieu will return to the UK in 2022 with his full orchestra, soloists, and choir for his three-hour concerts. Tickets and Travel Packages starting at £ 45,00 are available at andrerieu.com.