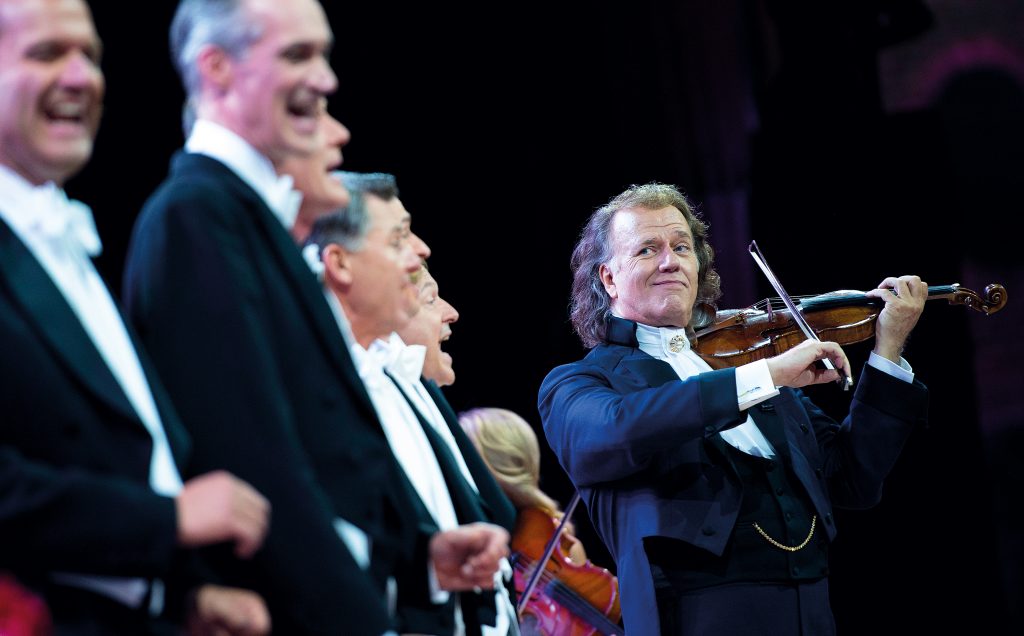 Rieu earns the top slot on the weekly top 10 ranking with $19.1 million in ticket sales reported from summer and fall dates on his orchestral tour in European and Latin American cities. After a full slate of concerts during the first half of the year, the Dutch artist began his summer trek with a run of five shows in Bucharest in June and an annual string of concerts during July in Maastricht, his home city in the Netherlands. August dates in Chile and Peru as well as performances in three Mexican markets in October round out the year on the road for Rieu and his Johann Strauss Orchestra. Ticket sales from his tour top $30 million since the beginning of the year.